Tezos is an open-source platform for assets and applications backed by a global community of validators, researchers, and builders.

Tezos is a coin created by a former Morgan Stanley analyst, Arthur Breitman. It is a smart contract platform which is does not involve in mining Tezos coins. It is a coin that promotes themselves on major ideas of self-amendment and on-chain governance. It is an Ethereum-like blockchain that hosts smart contracts. It allows the community to vote and improve its flaws. Any token holder may delegate their voting rights to others in the network. The coin uses a generic network shell which allow different transaction and consensus protocols that a blockchain needs to be compatible.

The source code is implemented on OCaml which is a fast, flexible and functional programming language which should suit an ambitious project and its technical requi... 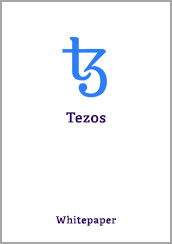