XRP is a digital asset built for payments. It is the native digital asset on the XRP Ledger—an open-source, permissionless and decentralized blockchain technology.

Ripple is the catchall name for the cryptocurrency platform, the transactional protocol for which is actually XRP, in the same fashion as Ethereum is the name for the platform that facilitates trades in Ether. Like other cryptocurrencies, Ripple is built atop the idea of a distributed ledger network which requires various parties to participate in validating transactions, rather than any singular centralized authority. That facilitates transactions all over the world, and transfer fees are far cheaper than the likes of bitcoin. Unlike other cryptocurrencies, XRP transfers are effectively immediate, requiring no typical confirmation time.

Ripple was originally founded by a single company, Ripple Labs, and cont... 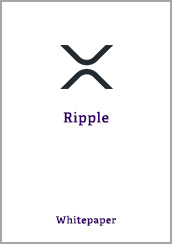