Ontology is a blockchain for self-sovereign ID ans DATA.

Ontology was created in 2017 by a Chinese company called OnChain, which is led by founders Erik Zhang and Da HongFei. OnChain has had huge success in the cryptocurrency industry, as they were also...
Video
Whitepaper 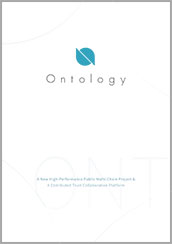