0x is an open protocol that enables the peer-to-peer decentralized exchange of assets on the Ethereum blockchain.

0x is an open protocol that is designed to offer a decentralized exchange as part of the Ethereum blockchain. 0x is made using a protocol that involves Ethereum smart contacts that allow those around the world to run a decentralized exchange. The team behind 0x strongly believes that in the future, you will find thousands of tokens from Ethereum and that 0x can provide an efficient and trustworthy way to exchange them.

0x have several benefits such as it can be any asset. The 0x protocol facilitates the exchange of a growing number of Ethereum-based tokens including currencies, game items, and many more digital assets. Besides, it has a networked liquidity. By sharing a standard A... 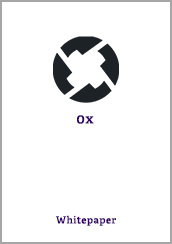