What Is EOS?
EOS has always been one of the most hype over ICO and now a smart contract platform. When it was announced by founder Dan Larimer in New York City in May 2017, a giant jumbotron advertisement could be seen glowing over Times Square. In the first 5 days of their ICO token sale, EOS raised an unprecedented $185 million in ETH — all without having any kind of product or service yet.

EOS claims to be “the most powerful infrastructure for decentralized applications.” Basically, EOS is (or, rather, will be) a blockchain technology much like Ethereum. They plan to create their own blockchain with a long list of impressive features. Some are even calling EOS the “Ethereum killer.” But along with all the hype and excitement about EOS, there’s also a large amount...
Vídeo
Whitepaper 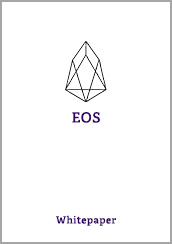